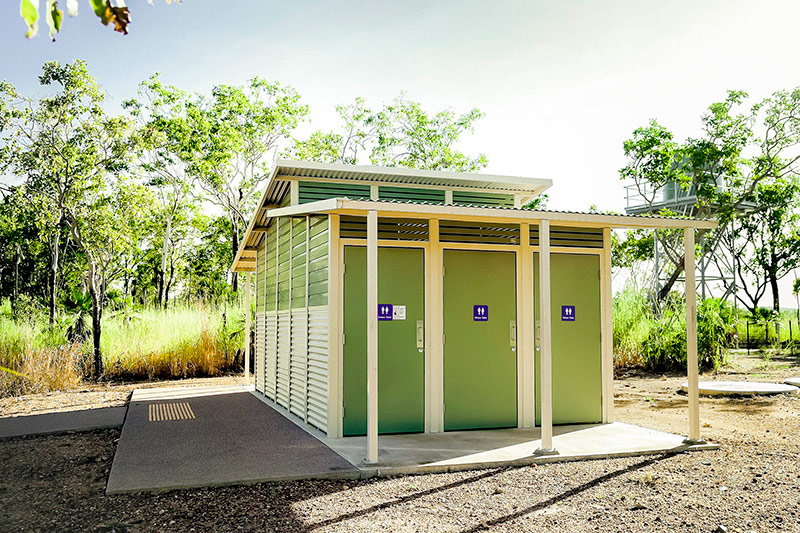 The Termite Mounds Noosa building included one of three universal AS1428.1 compliant cubicle in addition to a service area and four unisex toilets. 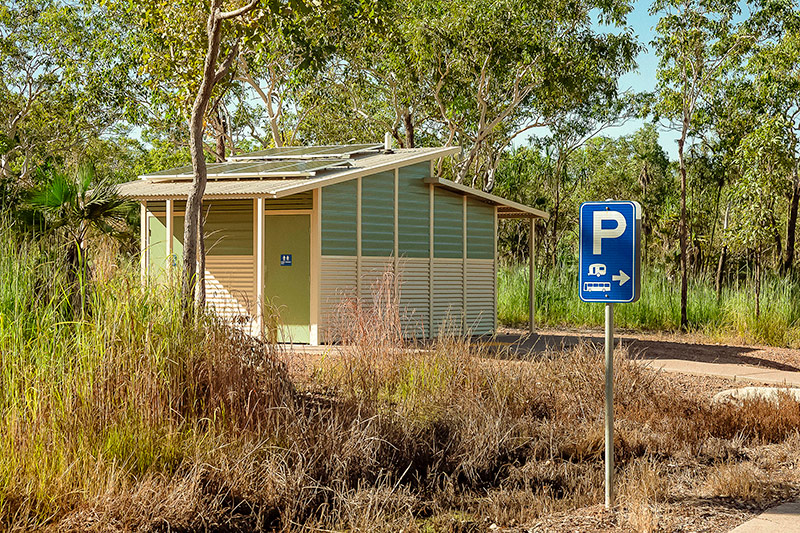 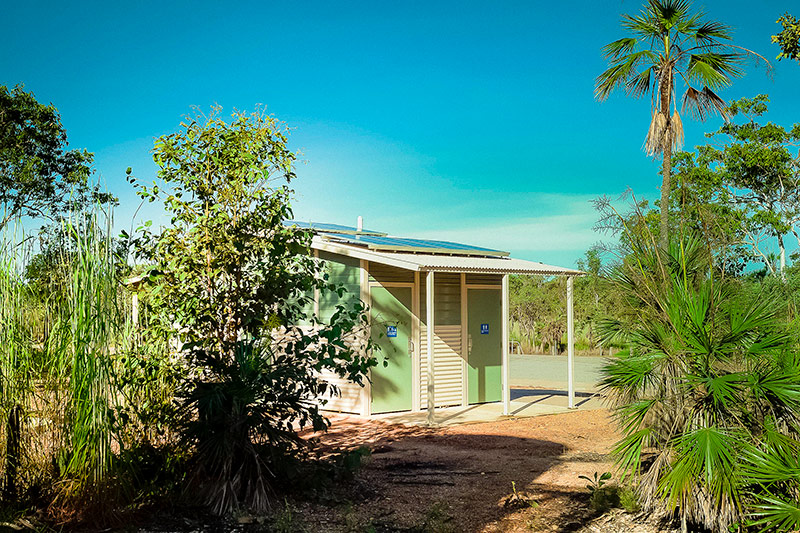 Noosa Amenity Buildings are nestled around Litchfield National Park providing facilities to over 260 000 visitors per year. 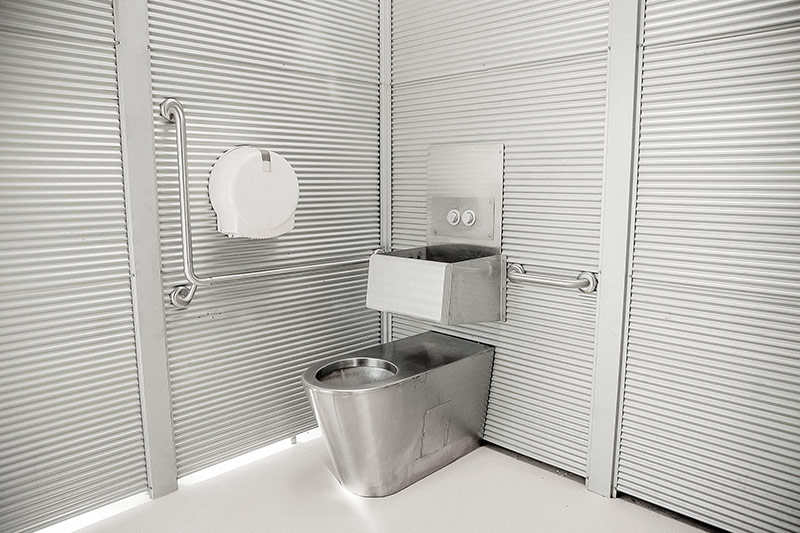 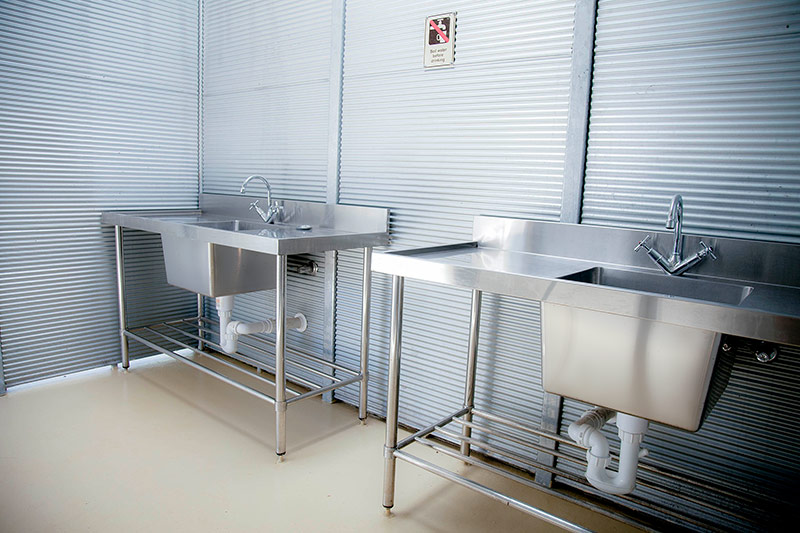 Camp kitchens provide an area to wash up and prepare food for camp site visitors. 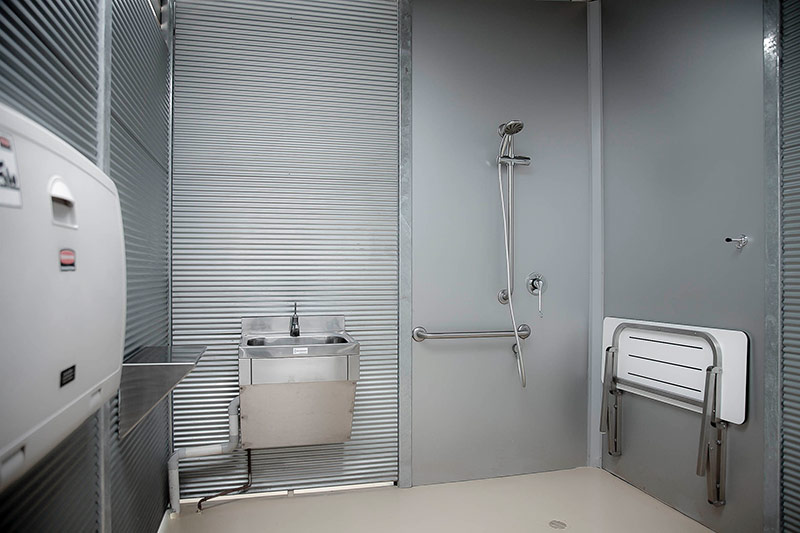 AS1428 compliant restroom with shower and baby change table. 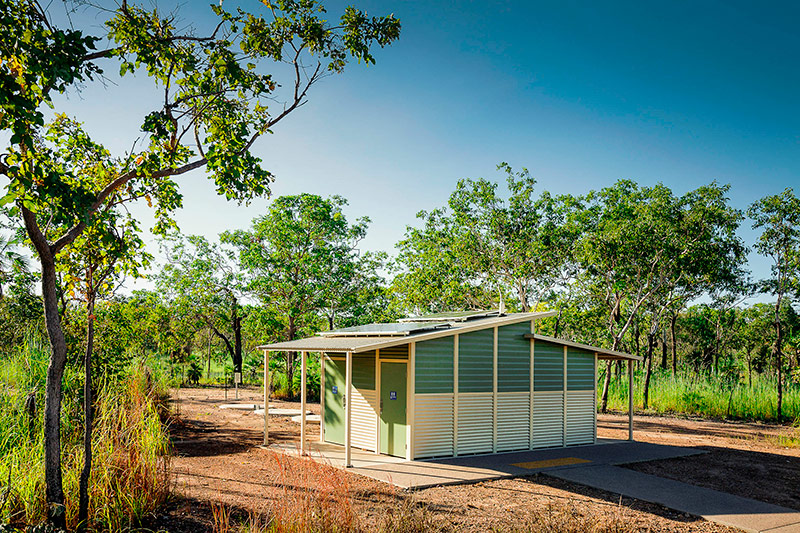 Surround by the rugged beauty of Litchfield National Park, Noosa Amenity Building provides a standalone solution for remote locations such as national parks. 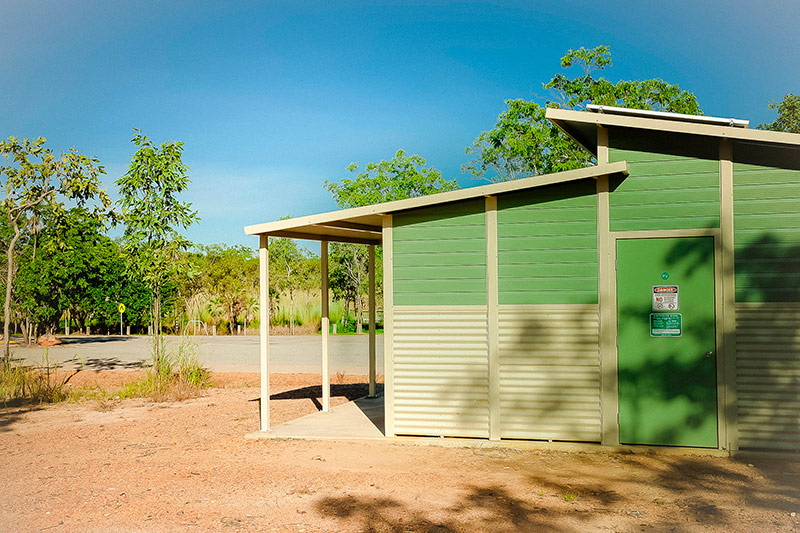 Noosa Amenity Building includes a service area which is located in the middle of the building and accessed via a side secure door. The service area provides access to all toilet cisterns. 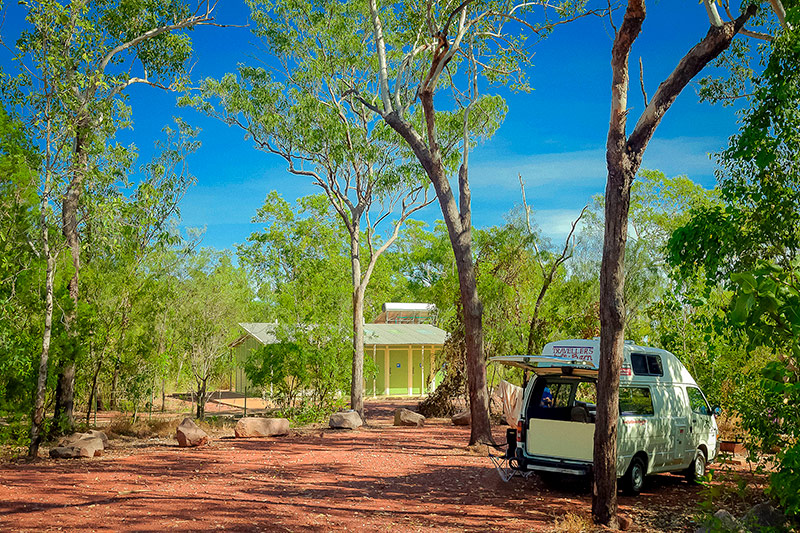 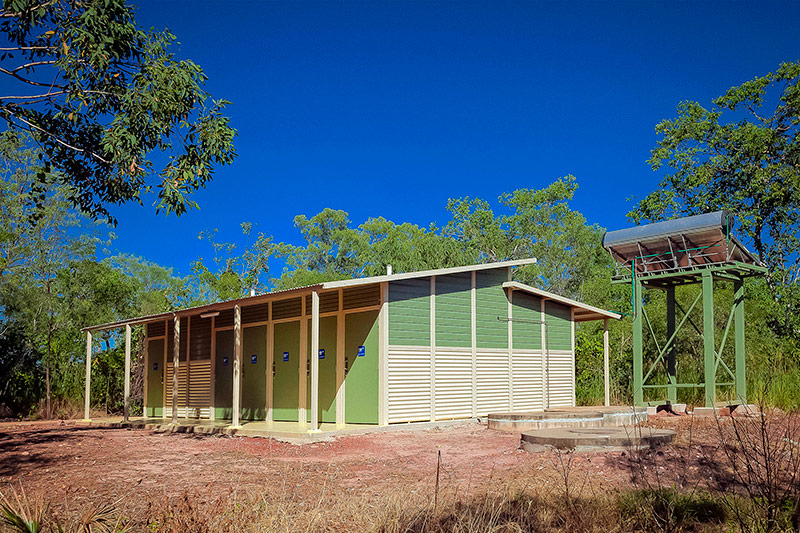 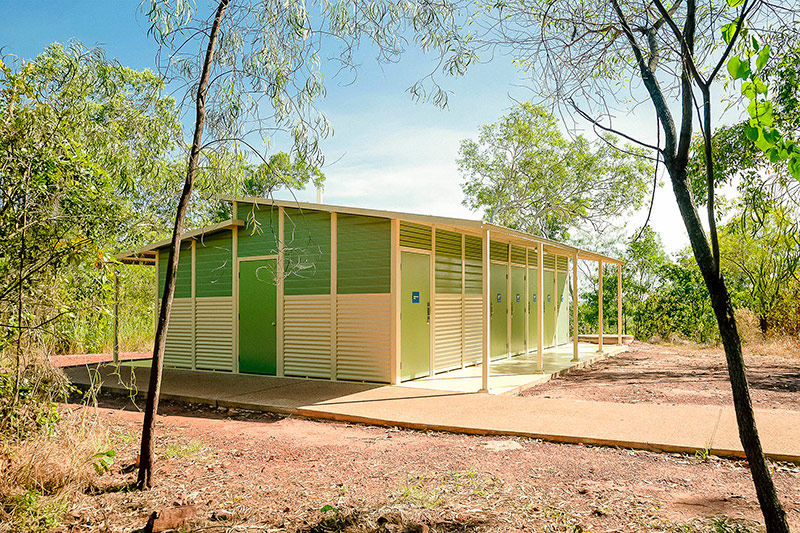 Nestled within Litchfield National Park the AS1428 compliant restroom is supported by wheelchair accessible pathway. 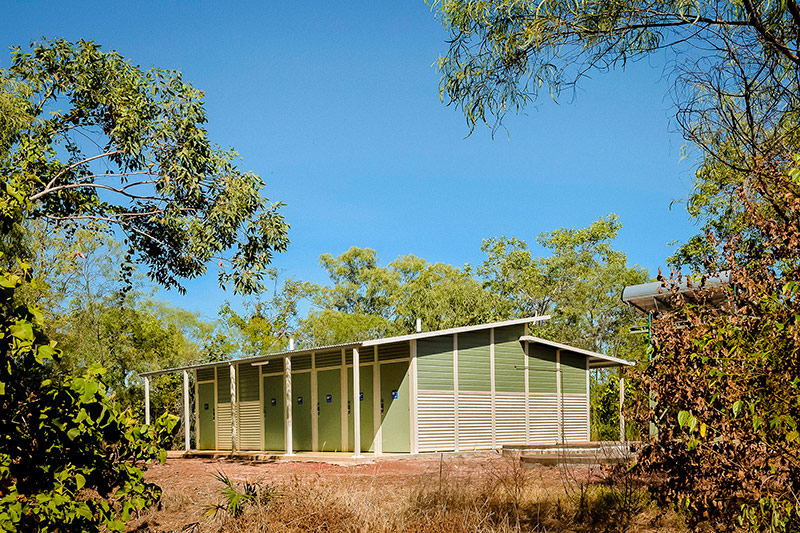 Litchfield National Park’s grand landscape has been formed by water and features a number of spectacular waterfalls that draw tourists from all around the globe each year.

Litchfield National Park’s grand landscape has been formed by water and features a number of spectacular waterfalls that draw tourists from all around the globe each year. The 1500 sq km of Australian National Park landscape contains most of the ‘Top End’s’ natural habitats. Tourists are welcome to explore the national park by 2WD or 4WD and by foot via hiking trails to take in the wonderful waterfalls, rainforest pockets and many sacred sites of the Wagait people. To help facilitate tourists frequenting the national park Modus Australia helped to design and manufacture public toilet buildings that are fit for purpose.

For those who have been camping, a warm shower in the morning can make you feel like a million dollars. The Litchfield National Park has factored in the importance of this into the design of various toilet buildings located along the 2WD and 4WD tourist tracks. The amenity buildings provide a suitable stopping point to wash up dishes and prepare food allowing visitors to continue within the national park to discover the beauty and wonders at one of many popular tourism locations.

Modus Australia adapted Noosa Amenity Building in three different ways to suit each of the Sandy Cape, Termite Mound and Florence Falls locations. Each of the public infrastructure project buildings construction was completed by a local builder contractor. The smallest Noosa building which was located at Termite Mounds and included one of three universal AS1428.1 compliant cubicle in addition to a service area and four unisex toilets. Both Noosa amenity buildings included showers, camp kitchens and service areas in two different sizes.

Modus Australia supplied a range of stainless steel fixtures capable of withstanding the rigors throughout the busy tourism peak periods. All structural steelwork was engineered to Cyclonic Region C with engineering certification.